I am reading a book called Parenting with Love and Logic because it came highly suggested by a dear friend. So far, it’s great. It talks a lot about decisions, decision making, and how important of a skill that is. I should know. I lack it almost entirely. I don’t know why or how it happened but I struggle with not only making a decision, but most certainly keeping it. Is it a commitment issue? I don’t know for sure. I do know that when it comes time or me to make a decision, I either draw a complete dear-in-the-headlights blank mind or panic sets in. And by panic, I mean sweaty shaky there-might-be-a-saber-tooth-tiger in the next room kind of panic. It’s fucking weird. And it sucks. Ass. Majorly. If there is ANYTHING I can do to help you avoid this ginormous pitfall of a character defect, by God you bet I will. So you will be making many decisions starting early on. But only between 2 things, at first. And I hope to God that when you get old enough, you are so well versed in them, a decision making ninja, that when the time comes to get into that car with that drunk teenage driver or snort a line of whatever that substance is just because they are snorting it or have sex with him just because he wants you to you will be able to make a good decision, good meaning having the inner strength to say no to any or all of it. Something I never had the strength for.

Plagued by a thousand forms of insecurity, they still rule my life. Just today I had to employ some jedhi mind tricks to get out of a self-pitying insecure crazy making funk. This stupid voice in my head kept telling me lies about myself and others. And I really wanted to believe it because in some weird way, I must get something out of believing these lies, or I wouldn’t do it. There is some strange satisfaction out of feeling really shitty about myself. It’s like wearing a snuggie, I suppose. Awkward but comfortable. Familiar and embarrassing. Thank God I have enough wherewithal to see the fustily of this and immediately started reaching out to the Bigger Than Me Than LIfe Than Anything out there, begging for new thoughts, new direction, a new voice. In my head. I call that praying. Then I closed my teary eyes, took three deep breaths- all while breastfeeding you in the car outside of Trader Joe’s while Dad shopped, by the way- and let the self deprecating mantra roll for about 20 seconds before repeating the word TALK over and over and over. Because that is all that is, TALK. It is not real. It is not true. None of it. It’s only the Theatre of the Lie trying to keep me stuck in it’s dramatic web. I don’t want to be stuck anymore. I want to be free. Freedom. How free do you want to be???

I want you to be free, so free Pony P.

Free of these manacles of self.

Right now you are sleeping curled up like a little ladybug in your ladybug pajamas while your Dad naps on the couch and I stuff my face with a bag of blue corn chips trying to make sense of an insensible mind. Thoughts are things and they are also NOT things. The wisdom to know the difference, and the courage to decide between the two, that is the serenity I want, for me and you.

I love you Bug. 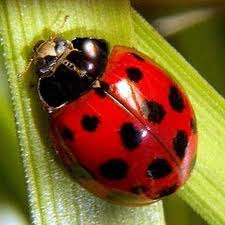 Lessons From the End of a Marriage

Rather than trying to "get over it," perhaps we can learn from it

I got sober. Life got big.

sacpros.org is devoted to breaking down the barriers which prevent access to mental health services by providing easy access to available services in the community

WITHIN ARE PIECES OF ME

A space of free expression

this is... The Neighborhood

the Story within the Story

Create the Life you always wanted

queanspeak
Coparenting Reality
The Beautiful In Between

"Don't forget about the blue sky, sunrise, & all the space between."

Confessions of a Terrible Dater

Why Isn't Dating Easier in the Digital Age?

Health, Fitness, and the Great Outdoors

Prose, Poetry and the Mindful Ramblings of a Socially Conscious Woman

Seven Tools for Unleashing Your Creative Self and Transforming Your Life

Tales from the mouth of a wolf